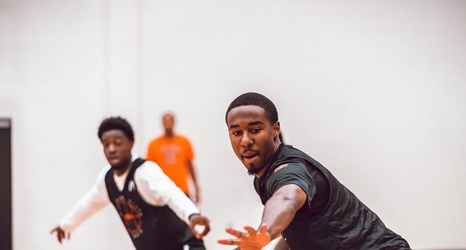 STILLWATER — As a high schooler, Bryce Thompson was treated like a celebrity when he entered Gallagher-Iba Arena.

A five-star prospect at Booker T. Washington in Tulsa, Thompson visited Oklahoma State when the Cowboys took on Oral Roberts in 2019. “We want Bryce” chants echoed through the student section and some students made signs telling Thompson to “Come on home.”

At the time, it didn’t work. Thompson elected to play his freshman season at Kansas. After an up-and-down year in Lawrence, Thompson entered the transfer portal and made his way home. A few weeks into official practice, and apparently the homecoming is going well.