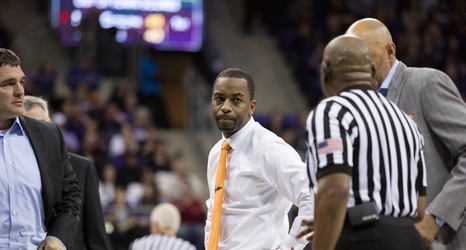 Still no update on OSU’s appeal.

STILLWATER — There is still nothing to update in regards to Oklahoma State’s appeal on its NCAA sanctions stemming from the FBI’s probe into college basketball.

It’s been about a year and a half since the NCAA deemed the Cowboys ineligible for postseason play and that the Pokes would those three scholarships over three scholarships. OSU appealed that ruling, leaving the program in limbo with the NCAA ever since. Although the Cowboys can still participate in the NCAA Tournament under the appeal and use all of their scholarships, the thought of a ruling coming at any time still has its effects.