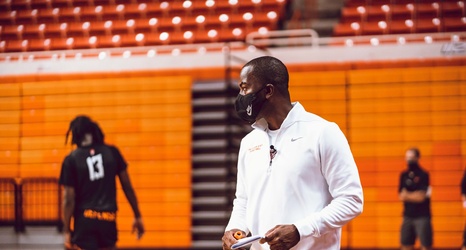 The Cowboys released their Big 12 schedule Monday, but the Pokes might still have a few hoops to jump through before their Dec. 16 meeting with TCU.

Oklahoma State is supposed to start its 2020-21 season in Lincoln, Nebraska, at the Golden Window event. However, recently scheduled multiteam events have been being canceled left and right.

ESPN had a bubble set up in Orlando, but the network announced the cancelation of eight tournaments this week, citing challenges surrounding testing protocols. On Wednesday, OSU coach Mike Boynton said his squad’s nonconference schedule is “fluid.”

“Everything has a residual effect on everything,” Boynton said.