Boynton, Cunningham Not Backing Away from Bedlam’s Importance 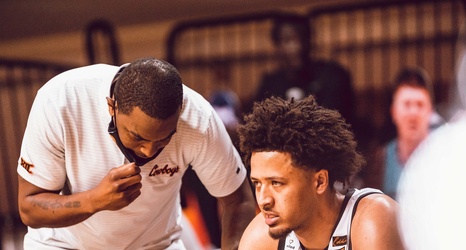 Mike Boynton raised a few eyebrows in his locker room speech after beating Kansas on Jan. 12.

With a Bedlam game supposed to be four days later, Boynton told his team about the Sooners, “We don’t like them. It’s personal.” That game ended up being postponed, but with OSU and OU being set to meet at 2 p.m. Saturday and 8 p.m. Monday, Boynton still isn’t buying into the “just another game” cliché.

“I embrace competition,” Boynton said. “We want to win. I don’t think there’s anything wrong with saying that. I don’t know why anybody would say that it’s not important.