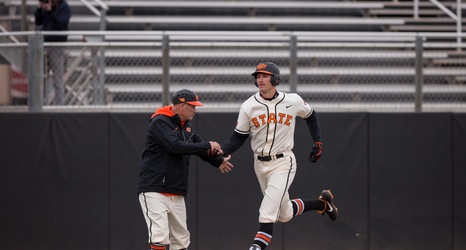 If you were hoping to attend the opening of O’Brate Stadium next Friday in Stillwater for the Oklahoma State-TCU game, it appears that you’ll have to wait a bit longer. The Big 12 has suspended all competition for winter and spring sports until March 29.

No baseball. No tennis. No golf. Nothing.

OSU was slated to open its sparkling new digs on March 20 against the Horned Frogs with former president George W. Bush throwing out the first pitch to kick off the festivities. That will be delayed. Until when, nobody knows.

Interestingly, all recruiting (both on-campus and off-campus) has also been suspended.