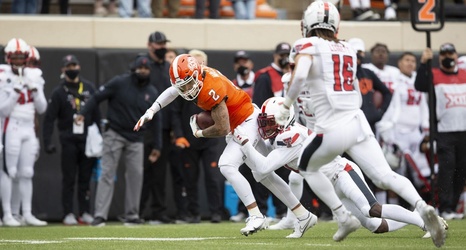 After a week of three Big 12 games and Thanksgiving Day, the conference’s coaches spoke to the media on a teleconference.

Twenty OSU seniors played likely their final game inside Boone Pickens Stadium on Saturday. Among the senior class is wide receiver Tylan Wallace. Wallace concluded his BPS career in the most Tylan Wallace fashion possible— seven receptions for 129 yards and a touchdown.

“Tylan is going to be remembered as one of the most special players in program history, up there with Dez Bryant and James Washington,” coach Mike Gundy said.