As OSU Preps for WVU, a Brief Recap of the History of the Series 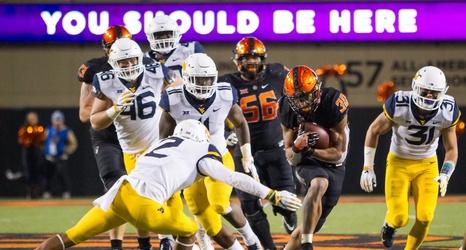 If history can tell us one thing about Saturday’s Big 12 opener for Oklahoma State against West Virginia, it’s that it should be a close one. In 11 games between the two programs dating all the way back to 1928 (!), six have been decided by single digits, three have been decided by four or fewer points and eight have been kept within two touchdowns either way.

Here’s a look at the series history between the two teams.

West Virginia and OSU first met in 1928 and subsequently in 1929 in a home-and-home arrangement that started at West Virginia’s place and finished in Stillwater.