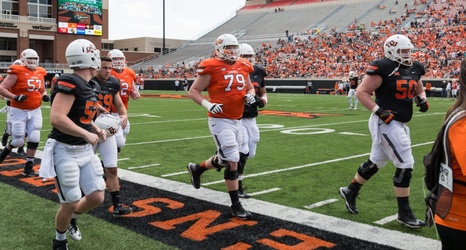 Our next edition of the 100 Days of Summer leads us to a young offensive lineman whose long trip to Stillwater was also a bit of a homecoming.

How he got to OSU

While earning all-state honors at Chaska High School in his native Chaska, Minnesota, Kegel received early offers from the likes of Oklahoma State, Minnesota and Pittsburgh. He even attended a Cowboy camp following his sophomore year. But the three-star 300-pounder decided to stay close to home and committed to Minnesota.