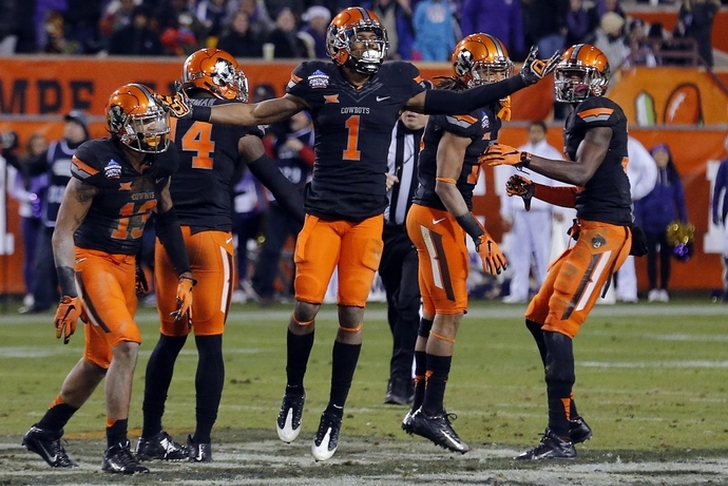 The Oklahoma State Cowboys will miss out on a New Year's Six bowl, but they will still receive one of the Big 12's best bowl bids. Here are their three most likely destinations:

This is worst-case scenario for Oklahoma State, and they'll probably only end up in the Texas Bowl in Baylor somehow loses out on a New Year's Six bowl by losing to Texas this weekend. The matchup could make this more appealing for the Cowboys, but they have their sights set on bigger games.

The Alamo Bowl is the top Big 12 game outside of the a New Year's Six bowl, and while that's expected to be TCU, it wouldn't be out of the realm of possibility for Oklahoma State to get that bid. After all, the Cowboys did beat the Horned Frogs on the field. Oregon, Utah, and UCLA are potential opponents in this game.

If everything goes as expected, the Cowboys will likely end up in sunny Orlando to play in the Russell Athletic Bowl. This is one of the better non-New Year's Six bowl games every year, and featured Oklahoma and Clemson last year. Assuming UNC loses to the Tigers in the ACC Championship Game, that is who the Cowboys would face.