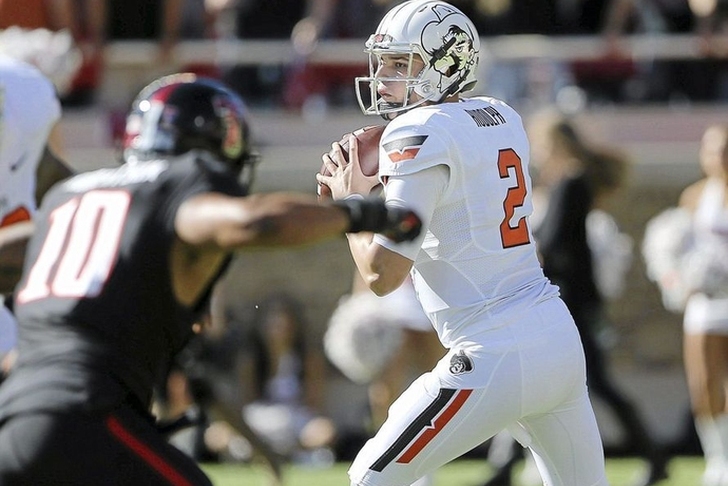 In one of the biggest surprises of the college football season so far, the #14 Oklahoma State Cowboys trounced the favored #8 TCU Horned Frogs 49-29 in Stillwater, effectively ending TCU's hopes of making the College Football Playoff while giving Oklahoma State's a big boost.

Both sides went back and forth in the first quarter with the Cowboys taking a 14-9 lead after the first 15 minutes, but the Pokes then scored 21 straight points to blow this game wide open. TCU was simply never able to recover.

Oklahoma State quarterback Mason Rudolph was the star of the night, passing for 352 yards and five touchdowns - three of which when to wideout James Washington, who also had 184 receiving yards.

TCU quarterback and Heisman candidate Trevone Boykin had his worst game of the season to this point, throwing four interceptions.