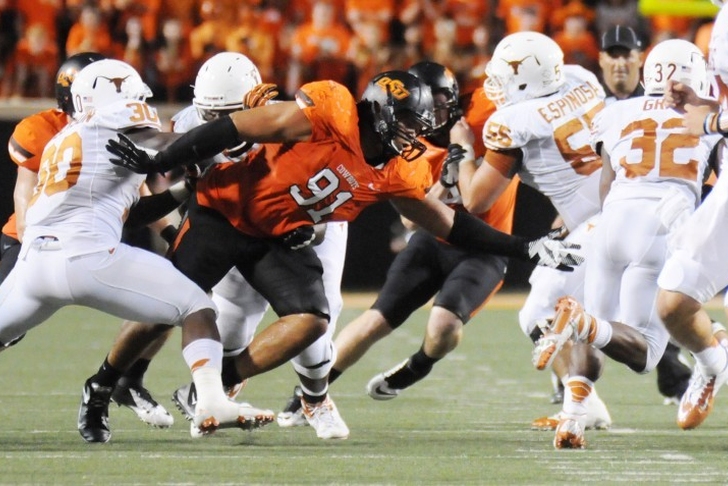 Oklahoma State defensive tackle James Castleman is used to clogging the middle of the Cowboys defense to stop opposing offenses.

Apparently he's added some finesse to his arsenal, making this one-handed interception on a TCU screen pass.

The stop was big for Oklahoma State's defense, who had given up two touchdown passes of over 75 yards on their previous two possessions.