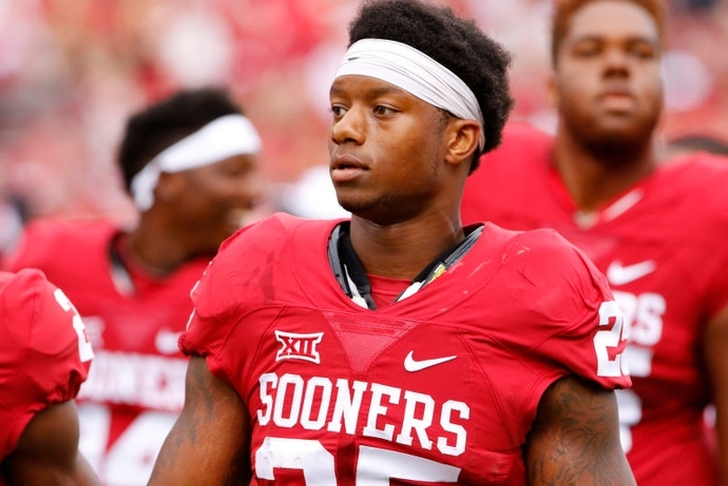 Oklahoma Sooners running back Joe Mixon and his attorney released the surveillance video of Mixon punching Amelia Molitor in a July 2014 incident inside Pickleman's Gourmet Cafe .

Here is the Joe Mixon video that was released to the media today.

(WARNING: as you probably guessed, it's violent) pic.twitter.com/rICdHekjCU

"Mr. Mixon asked us to once again say he is sorry for the way he reacted that night. He has apologized publicly to Ms. Molitor, her friends, his family, teammates and the University," his attorney, Blake Johnson, wrote in a letter. "He hopes that his voluntary release of these recordings will help put this matter to rest."

Mixon was suspended for the entire 2014 season, was placed on probation for a year and was required to complete 100 hours of community service after being charged is a misdemeanor.

Mixon's defense is that Molitor "repeatedly instigated hostile conversations" with Mixon and his friends outside of the Cafe, and that "she contributed in whole or in part to any claimed loss or injuries" by her conduct. He claims that he heard Molitor telling others that Mixon and his friends outside the Cafe were waiting to jump her and used racial slurs in referring to him.

In his version of events, Mixon "he turned and attempted to leave the discussion and restaurant, but ... just as he did so, plaintiff lunged toward him and shoved him in the chest."

Molitor, who suffered bone fractures in her face, says that she and Mixon engaged in a heated conversation outside the cafe and initiated the discussion inside, which led to the incident. She claims she was trying to push him away and end the discussion.