Video Of Joe Mixon Punching A Woman May Be Made Public Soon, Is As Alarming As You Think 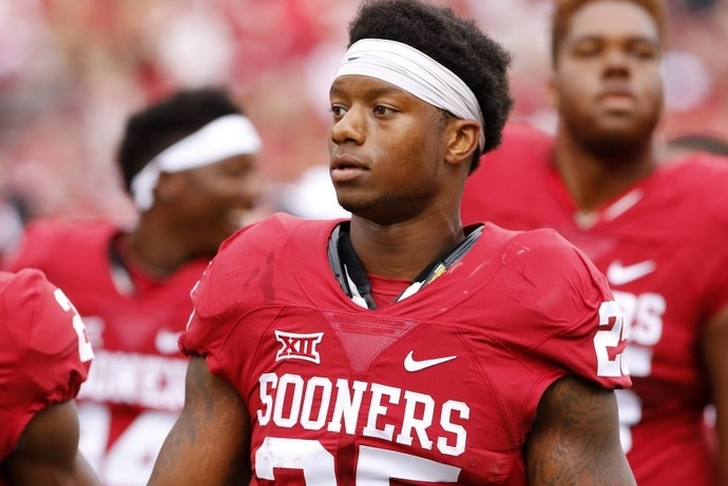 Oklahoma Sooners running back Joe Mixon was suspended for the 2014 season after getting into a fight in which he punched a woman, reaching a plea deal to an assault charge to avoid trail. The deal allowed Mixon to keep asserting his innocence and giving him just 100 hours of community service, though he may have gotten off light.

There is surveillance video of the punch, which broke four bones in the woman's face, but the video hasn't been made public because of various legal issues that are ongoing - though that could be changing soon.

If the video does become public, it may be as disturbing - if not more - than the Ray Rice video. The Oklahoman's Ryan Aber gave this description of the video after viewing it in 2014:

After a brief discussion, Mixon looks as if he's going to walk away, but looks like he says something as he turns. Molitor then pushes Mixon, setting off a quick series of events that were over in three seconds. Mixon reacts to the push by lunging at Molitor with a closed fist at his side. She reacts by slapping Mixon near where his jaw and neck meet on his left side.

Mixon lands a devastating right hook that knocks Molitor off her feet. First she hits the table on her left ear, then falls to the ground, where she lays still.

Mixon walks out of the frame toward the front of the restaurant and is not seen again.

After about 35 seconds, Molitor manages to stand up and tries to steady her feet but staggers, eventually sitting down in the chair she stood next to a minute before. Onlookers grab napkins as she holds them up to her face.

Mixon hasn't spoken publicly about the incident, refusing to talk about it during his one media appearance since, which came at the Orange Bowl.

Mixon, a five-star recruit in Oklahoma's 2014 class, accounted for 1,109 total yards and 11 touchdowns last season for the Sooners, helping them win the Big 12 title and a berth in the College Football Playoff.