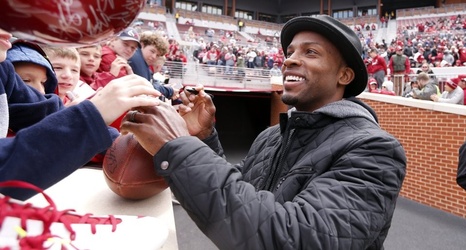 Former Oklahoma star receiver Ryan Broyles is coming out of retirement to reunite with his former coach.

Broyles was drafted by the XFL’s Dallas Renegades on Wednesday, placing him in the organization now coached by former Sooners coach Bob Stoops.

Broyles said he wants to help others in various ways.

“Ultimately, I wanted to come out of retirement now, especially with the XFL because It seems like they’ve got a great platform,” Broyles said in a video posted on XFL’s Twitter page.

A former All-American and Norman native, he played three seasons with the Detroit Lions.