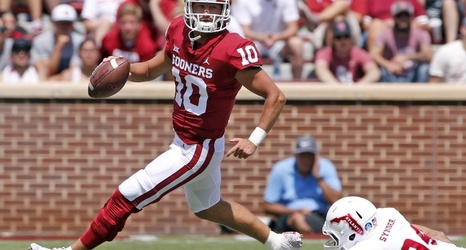 NORMAN — It appears Oklahoma will be facing its former quarterback after all.

West Virginia coach Neal Brown said Thursday night that he anticipated Kendall would start for the Mountaineers against the Sooners (11 a.m. Saturday, Fox).

"Barring any changes over the next 48 hours, (Kendall) will line up behind center on Saturday," Brown said.

Kendall suffered a chest injury when he was hit early in last week's game against Iowa State.

The redshirt junior, who transferred from Oklahoma to West Virginia in January, has thrown for 1,247 yards and nine touchdowns with seven interceptions so far this season.