The Iron Man of Oklahoma football has 26 years and counting 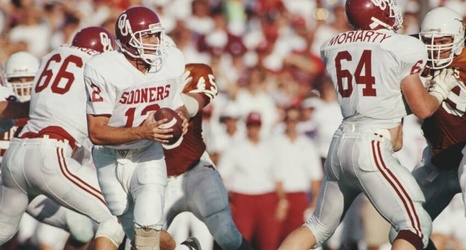 Who is the winningest Oklahoma football coach? Spoiler alert: It isn’t Bob Stoops. Not Barry Switzer, either.

If not those two legendary coaches, both of whom have life-size bronze statues in their honor, then who?

Cale Gundy has been directly associated with the Oklahoma football program for 26 seasons, first as a player and the last 22 years as a member of the Sooners’ coaching staff.