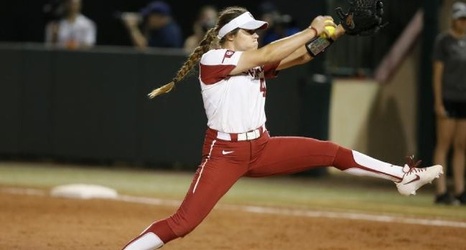 Senior Giselle Juarez — who was OU’s most used pitcher last season — only appeared in one game over the weekend, throwing two innings and striking out three against BYU.

While in Puerto Vallarta the Sooners spent time with local school children before tournament play started.

The team spent the morning hanging out and playing soccer and other games with kids at a Puerto Vallarta elementary school. They also passed out OU T-shirts to the kids and signed autographs.

The Sooners head to Tucson, Arizona, for the Hillenbrand Invitational.