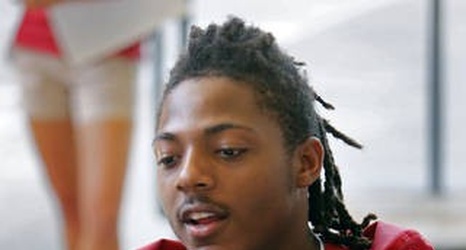 The 6-foot-9 center came to OU from Daytona State College. Merritt came out of the Florida juco averaging 4.5 points per game after suffering an injury five games into his freshman year.

Merritt played a total of 15 minutes over eight games this season for the Sooners. He scored seven points and made four rebounds at OU. He was one of nine newcomers on OU's roster this season.