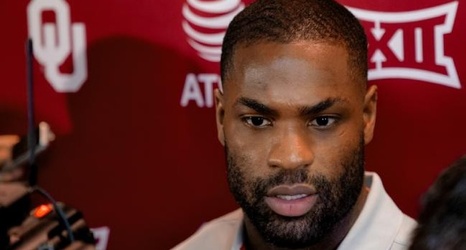 NORMAN — Lincoln Riley isn’t used to being on the other side of eyeball emojis.

Riley’s signature Tweet when OU adds a commitment was turned around on him in late January. Riley and inside receivers coach Cale Gundy were in Dallas on a recruiting trip when Gundy’s phone buzzed. He looked at it, and then showed the incoming eyeballs to Riley.

The text was from former Sooners and NFL star running back DeMarco Murray. He was reacting to the news that Jay Boulware left for Texas, which opened a spot on Riley’s staff.

Not long after that, Murray was named OU’s running backs coach just two seasons after his NFL playing career ended.