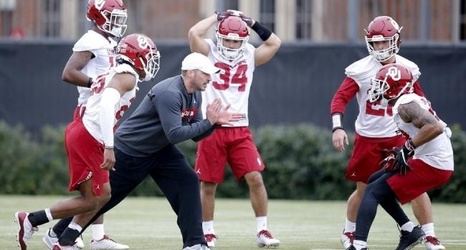 NORMAN — When Oklahoma defensive back Bookie Radley-Hiles was a sophomore in high school, he got a tattoo on the inside of his left wrist.

Thursday, Radley-Hiles and the rest of the Sooners started spring practice under Alex Grinch and hit the ground running.

Even in the first practice, with helmets and no shoulder pads, Grinch and his defensive assistants were harping on forcing turnovers.