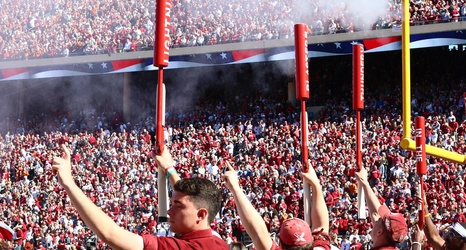 OU is back on the board with a pre-dead period commitment, this time in the form of offensive tackle Heath Ozaeta.

Brent Venables and his staff have been fairly quiet since they hosted several recruits in early June to be a part of the next iteration of the Oklahoma Sooners. Per usual, along an offensive line coached by Bill Bedenbaugh paired again with Jerry Schmidt running the strength program, Sooner fans should feel good about the commitment of Ozaeta.

The Sooners are also still after Cayden Green and Payton Kirkland — other elite offensive linemen — and this area is certainly a priority.