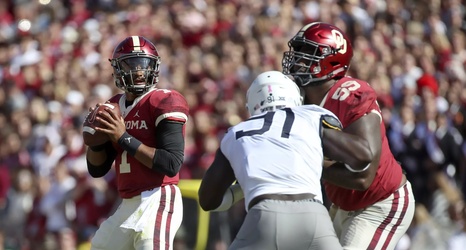 You can take the QB out of Alabama, but you can’t take Alabama out of the QB. After the Crimson Tide beat Tennessee on Saturday, the Oklahoma Sooners’ Jalen Hurts celebrated his former team’s win with a cigar as per Bama tradition.

If you’re unfamiliar with the tradition, it’s one that began in 1961. On the third Saturday in the month of October, Alabama and Tennessee square off, and the winners light up cigars in celebration. Obviously, the Vols haven’t been on the winning side of this rivalry for quite some time.