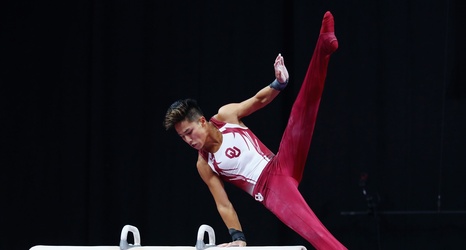 OU senior and team leader Yul Moldauer won his third straight American Cup title with another stellar all-around performance over the weekend in Greensboro, North Carolina. Moldauer’s victory over runner-up Sam Mikulak, a teammate on the USA national team, came by the slightest of margins. Only one-hundredth of a point (.001) separated the two gymnasts in the final tally.

The reigning NCAA all-around champion finished first on vault and parallel bars, second in still rings and floor exercise and in the top five in the other two events.