Oklahoma football: Sooners will be fine despite narrow victory margins 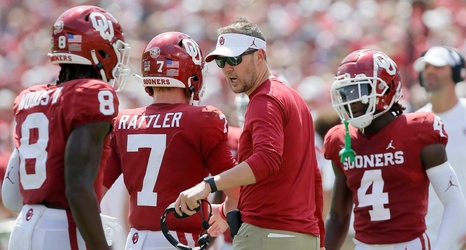 The 23-16 score and near-blown lead against Nebraska is becoming a disturbing pattern for many Oklahoma football fans early in the 2021 season.

Expectations were extremely high heading into not just this game but the season as a whole. But Oklahoma has struggled at home against Tulane and now Nebraska, a pair of unranked teams.

National Championship teams blow the Tulanes and Nebraskas of the world right out of the water, but Oklahoma allowed them to hang around with a chance to win at the end.

The purpose of this article, though, is not to bash the Sooners for their, let’s say, up-and-down performances in these two games, but rather to look at why Oklahoma fans should not be worried just yet.