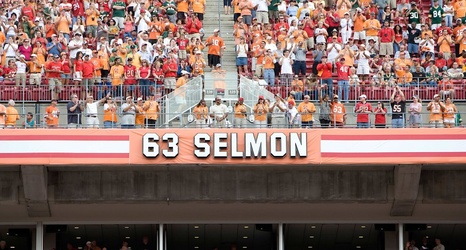 As part of the continuing celebration of the 150th anniversary of college football, ESPN has come up with the All-Time All-America Team. The great Lee Roy Selmon is a first-team defensive tackle on that team.

Selmon, along with brothers Lucious and Dewey, anchored a dominant Sooner defensive line that was a large part of Oklahoma’s 32-1-1 record between 1973 and 1975, marking the first three seasons that Barry Switzer was the head coach of the Sooners. Lee Roy, the youngest of the three Selmon brothers, earned All-America honors his junior and senior seasons, in 1974 and ’75, and was a key contributor to OU’s back-to-back national championships those same two seasons.