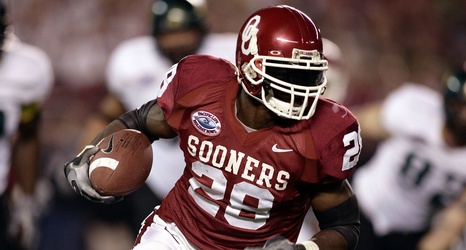 No school placed more than nine players on the College Football 150 list. Notre Dame and USC both placed nine on the distinguished list. The eight from Oklahoma was the second most from any school. Seven former Ohio State and Alabama players made the list.

Jim Brown, who played college ball for Syracuse from 1954-56 — during arguably the greatest three year period in the 125-year history of Oklahoma football — was voted the greatest college player of all-time. The top five includes No. 2 Herschel Walker (1980-82), the great Georgia running back, followed by Bo Jackson of Auburn (1982-85), two-time Heisman winner Archie Griffin of Ohio State (1972-75) and the great Jim Thorpe, who played for Carlisle in the early years of the 1900s (1907-12).