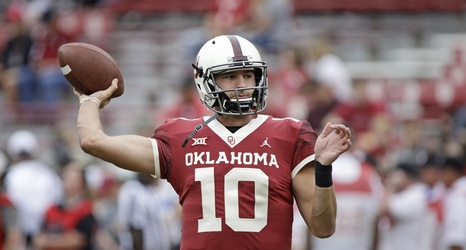 Austin Kendall was in the Oklahoma football program from 2016-18 before transferring to West Virginia this past offseason after Jalen Hurts announced his transfer into the program.

During his time with the Sooners Kendall served mostly as a backup, losing out in a quarterback competition to eventual Heisman Trophy winner Kyler Murray going into the 2018 season.

The former Sooner’s transfer saga captured the imagination of the college football world for a brief time back in January when Lincoln Riley originally blocked his move to an in-conference opponent before later reversing his decision and signing off on it.