Oklahoma football: Another Sooner QB is a Heisman finalist 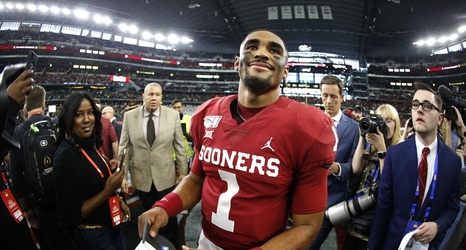 On Monday, the finalists were announced for the 2019 Heisman Trophy presentation on Saturday night in New York City. For the fourth straight year an Oklahoma quarterback is among the Heisman finalists.

Jalen Hurts is the third consecutive Sooner quarterback to be a top contender for the Heisman, considered the most prestigious individual award in college football. The previous two, Baker Mayfield (2017) and Kyler Murray (2018), won the award in back-to-back years.

Hurts spent his first three seasons as a quarterback at Alabama under head coach Nick Saban. Following the 2018 season, Hurts entered the transfer portal and selected Oklahoma to finish out his collegiate career.