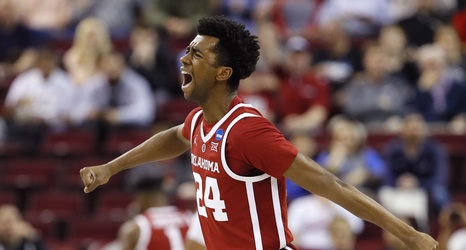 That’s how close the Sooners came on national television on Monday of spoiling Baylor’s second-ever top ranking on the very day in which it rose to the country’s top rung in college basketball. The Bears prevailed 61-57, but it was far closer than the experts and, quite frankly, the Baylor players expected. Baylor was an 11-point favorite entering the contest.

Down 57-49 with 1:40 remaining in regulation, a two-point field goal by Krisitian Doolittle and back-to-back three-pointers by Austin Reaves and Brady Manek brought the Sooners within two at 59-57.

A steal by Doolittle with 13 seconds to go was followed by a contested three-point shot from the left corner by Reaves that missed the mark and allowed the Baylor faithful to exhale a sigh of relief.