Oklahoma basketball: Sooners are unbeaten at home against TCU 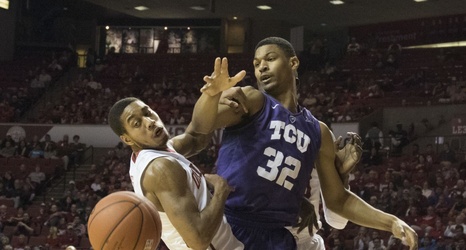 The Sooners (11-5, 2-2) opened their Big 12 schedule with a couple of quick wins over Kansas State and Texas, but have lost their last two, both by double digits, at Iowa State and at home on Tuesday against Big 12 favorite and sixth-ranked Kansas.

TCU comes to Norman with a 12-4 record and 3-1 in the Big 12, but the Horned Frogs have only played two true road games and they split those games. They won by two at Kansas State but lost by 32 at West Virginia in their last outing.

Oklahoma is 23-4 all-time against TCU and, most importantly, is 12-0 in the games played in Norman.