Oklahoma basketball: Krisitian Doolittle does it all in 29-point Sooner rout 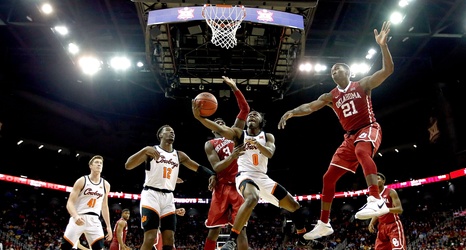 Five Sooners, including the Big Three of Doolittle, Brady Manek and Austin Reaves, scored in double figures as Oklahoma exploded for 50 points in the second half on the way to a 90-61 victory.

Doolittle followed up a 27-point performance in Oklahoma’s win over West Virginia on Saturday with a 20-point effort against the Cyclones. The senior forward from nearby Edmond, Oklahoma, also grabbed six rebounds and had three steals and three assists in the game.

Manek continued his hot hand with 18 points and four of five from behind the three-point line, Alondes Williams added 14, all in the second half, and Reaves and Jamal Bieniemy both contributed a dozen points each.