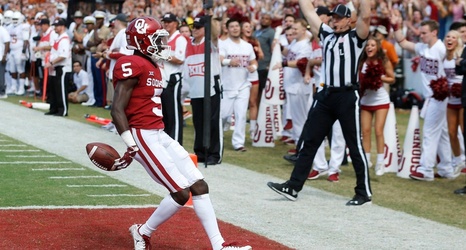 Marquise "Hollywood" Brown was right at the center of many of Oklahoma football's biggest moments during the past two seasons, but the ex-Sooners receiver and first round NFL draft pick recently experienced a highlight greater than any phenomenal play on the gridiron.

Brown surprised his mother Saturday by purchasing her a new car and house, as seen in a video posted by Brown on his personal Twitter account -- a moment which he wrote he had hope to make a reality since his childhood.

And the reaction from Brown's mother says it all.

Brown, 22, spent his first year of college at College of the Canyons in Santa Clarita, Calif.