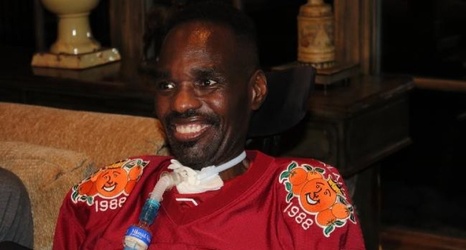 RJ follows football, but not like his dad. Rickey watches any game he can find, even after what it’s done to him.

Doctors have told the family that Dixon’s ALS was likely caused by repetitive head injuries. Dixon played six seasons in the NFL, primarily with Cincinnati, after his college career.

Lorraine knew something was wrong when Rickey fell off his treadmill. Her husband was still strong.