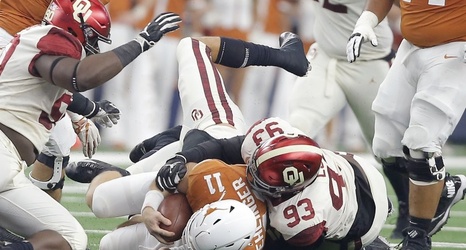 Lott had played in 16 games over the past two seasons, including 11 in 2018 when he had nine tackles, one for a loss.

Lott, an Ardmore product, was a three-start recruit out of Ardmore High School, and was a first-team Oklahoman All-State selection.