Report: Big 12 Super Power Was Minutes Away from Joining Pac-12 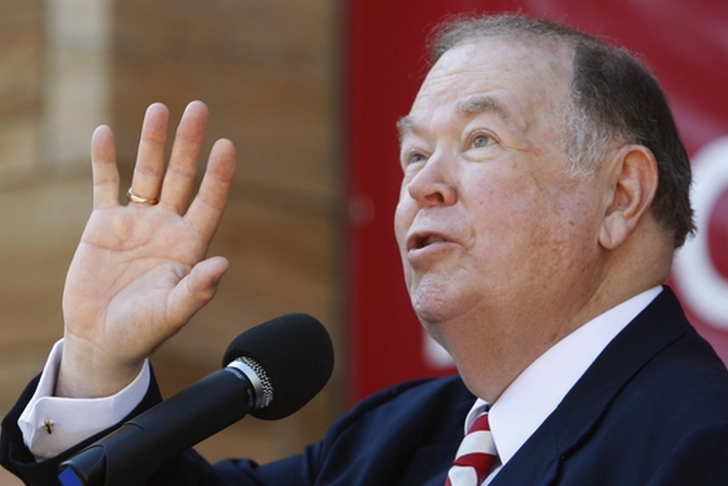 The Oklahoma Sooners were within 30 minutes of leaving the Big 12 for the Pac-12 back in 2010, reports CBS Sports' Dennis Dodd. In June of that year, Pac-12 Commissioner Larry Scott was allegedly interested in poaching six Big 12 teams to form a Pac-16.

This shocking development came to light due to a current conflict at OU between Board of Regents Chairman Max Weitzenhoffer and President David Boren over Big 12 expansion. Weitzenhoffer is in favor of ditching expansion involving smaller schools, while Boren -- along with West Virginia President Gordon Gee and Baylor President Ken Starr -- would like to move forward, according to Dodd.

"We will have a lot of input (on Oklahoma's view of expansion)," Weitzenhoffer said of the regents. "... We're coming to that crunch time and (the school presidents) are all trying to decide what to do.

Weitzenhoffer feels as though schools most commonly tied to Big 12 expansion don't have the seating capacity and TV deals to add value to the conference. The regents chairman would prefer to target schools already in one of the five power conferences.

Oklahoma's board is set to meet on Thursday to clarify its stance on expansion. Big 12 presidents will do the same in their meetings, which are scheduled to begin on May 31.