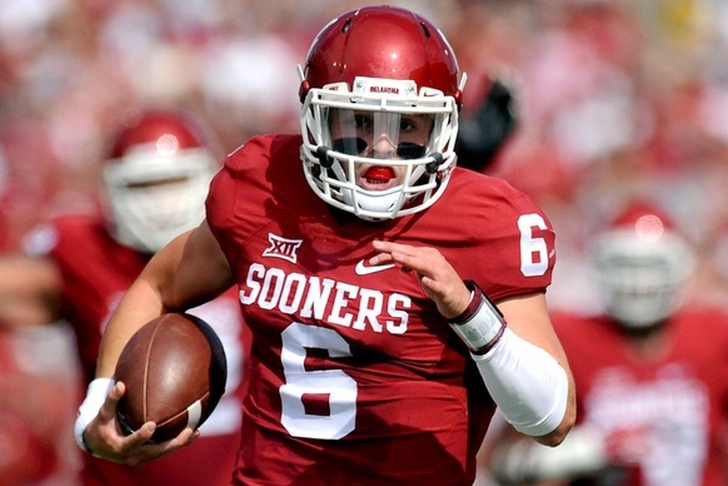 The #1 Clemson Tigers put together the worst offensive first quarter of their 2015 campaign in their Orange Bowl College Football Playoff semifinal matchup with the #4 Oklahoma Sooners.

They made up for it in the second, matching the Sooners blow for blow. However, a Deshaun Watson interception with time winding down in the second half would send them into the locker room down 17-16.

Backed up against their own end zone and down 7-3, Clemson QB Deshaun Watson broke off a 46-yard run to push the Tigers to midfield. The drive would appear to stall there, but the Tigers would bust out a fake punt as punter Andy Teasdall would complete a 31-yard pass to Christian Wilkins.

Two plays later, Deshaun Watson would trot into the end zone on a 5-yard scamper to give Clemson a 10-7 lead. The teams would trade field goals (and goal-line stands) to make it 13-10 before Clemson extended their lead to 16-10 with other field goal.

The Sooners would fire back with a 43-second TD drive captained by QB Baker Mayfield, punctuated by an 11-yard TD connection between Mayfield and Mark Andrews with just over 90 seconds left in the half. OU would get the last uppercut of the frame too, as Zach Sanchez interception Deshaun Watson in the end zone to preserve the one-point lead with seconds to go in the half.