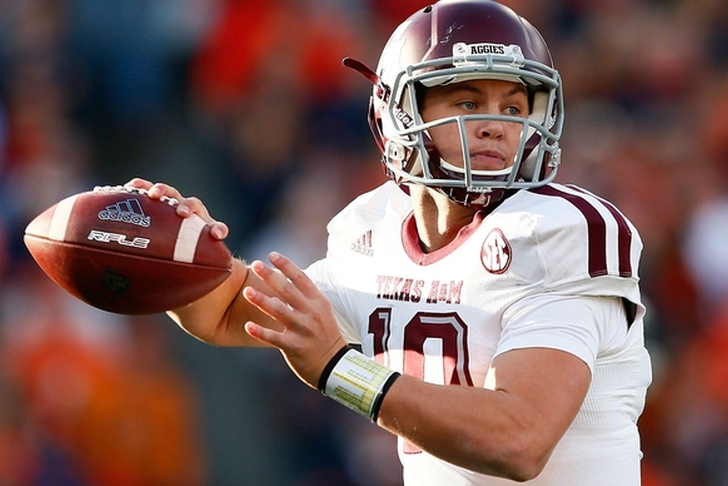 The Texas A&M Aggies appear to be the favorites to land Oklahoma Sooners transfer Trevor Knight, and there could be the college football equivalent of a trade afoot if things fall right with former Texas A&M QB Kyle Allen.

According to multiple reports, the sophomore standout has narrowed his potential destinations down to Oklahoma, Colorado State, Houston and Nebraska. Similar to what Kenny Hill did when he moved to TCU with Trevone Boykin as the starter, Allen could take a year behind senior Baker Mayfield before taking over the reins in 2017.

The former five-star prospect told Fox Sports' Bruce Feldman earlier in December that he's inclined to transfer to a Power 5 program with a starting QB who would be heading into his senior season. He then told Feldman that "Oklahoma comes to mind because it does fit all those things."

Rumblings around Norman indicate that Oklahoma isn't just coming "to mind." They could be the prohibitive favorite to land him.

On the other side of the equation, with Kyle Allen and Kyler Murray out of the picture, Texas A&M head coach Kevin Sumlin could turn to Trevor Knight as a quick fix in College Station for 2016. Per GigEm247, the Aggies are the most logical and likely destination for Knight at this juncture.

Since Knight has already graduated from Oklahoma, he is eligible to play right away. Allen will have to sit out a season, per NCAA transfer rules -- thus his desire to play behind an entrenched senior quarterback at a Power 5 school.