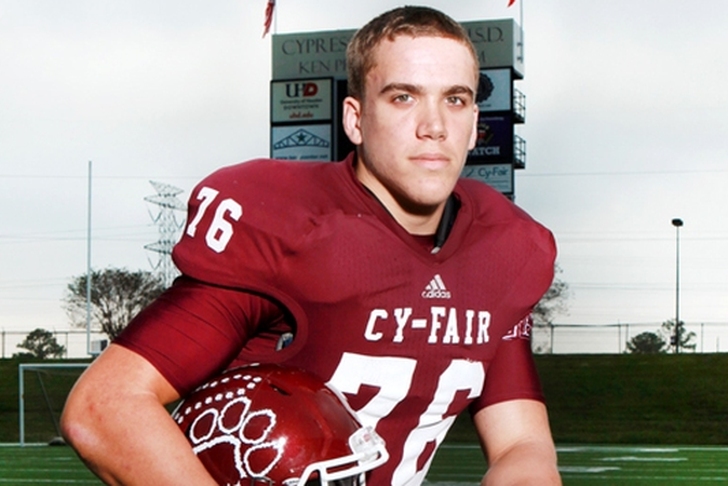 The Oklahoma Sooners have turned all of their attention to the recruiting trail after wrapping up spring practice, and head coach Bob Stoops is certainly making waves. Here's all the latest news and rumors surrounding Oklahoma football recruiting:

“I don’t pay attention to what I am ranked, but I have been recruited since my sophomore year and I am used to it by now," he said, via 247sports. "I am having a lot of schools come in now and a few new schools come in, but I tend to have that top five and work off of that.”

LSU is thought of as the frontrunner to land his services, but Oklahoma has a lot of momentum due to the relationship Deculus has developed with Sooners offensive line coach Bill Bedenbaugh.

“We talk on a weekly basis,” Deculus said. “We talk on the phone and talk in general just about every week. We have a good relationship and I like him a lot. I like Oklahoma’s tradition of winning and Coach Bedenbaugh is putting guys into the league, and he has done an amazing job of producing premier offensive lineman that are playing in the NFL right now.”

Sooners ramping up recruitment of 4-star 2018 OL
Oklahoma has been ramping up their pursuit of Will Lawrence (Memphis, TN), one of the most coveted offensive lineman in the 2018 recruiting class.

"The schools that I hear the most from are Alabama, Clemson and Auburn, but I am still wide open about recruiting and willing to consider a number of schools.”

It's still very early in Lawrence's recruitment, but Oklahoma, Alabama and Auburn seem to be the three favorites to land him at this time.

Humphrey redshirted this past season, but did win Scout Team Offensive Player of the Year honors.