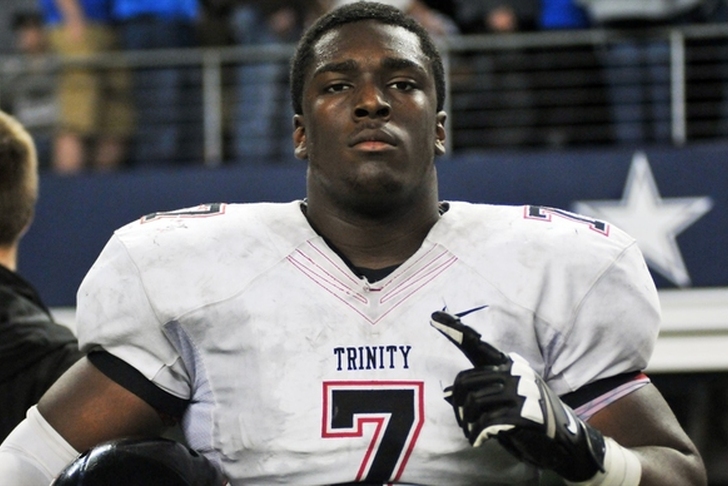 We're less than two weeks from what'll be a hectic and interesting National Signing Day, which means it's time to double down on our Oklahoma Sooners recruiting coverage. Here's our Oklahoma Recruiting Rumors & News Roundup: 13 Days 'Til Signing Day!

Jones reportedly said recently that he's down to either staying with USC or making a move to the Sooners, but a recent 247Sports report indicates that he has told USC coaches that he'll reaffirm his commitment in the next 24 hours or so.

The Latest After Chris Daniels' Decommitment
Four-star Euless (TX) Trinity defensive tackle Chris Daniels retracted his pledge to the Sooners on Wednesday, just over a month after committing in mid-December.

The in-state Texas Longhorns appear to have a slight advantage to complete a flip, but Arkansas and Texas A&M lurk as real contenders. He has visits left to Tennessee (this weekend) and A&M (January 29th), and already has visits in to Austin and Norman. Arkansas just offered Daniels on Monday and he appears very receptive to their overtures -- leading to speculation that his decommitment had a lot to do with Bret Bielema and the Razorbacks' offer.

Oklahoma Back In Top 25 For Recruiting Rankings
Following Daniels' decommitment, Oklahoma dropped from #24 to #32 in 247Sports' overall national 2016 recruiting class rankings. However, they jumped back to #25 when four-star Lawrence (KS) defensive end Amani Bledsoe spurns the in-state Jayhawks and chose OU on Thursday.