Oklahoma Recruiting: 3 Rumors You Need To Know With 1 Week Until Signing Day 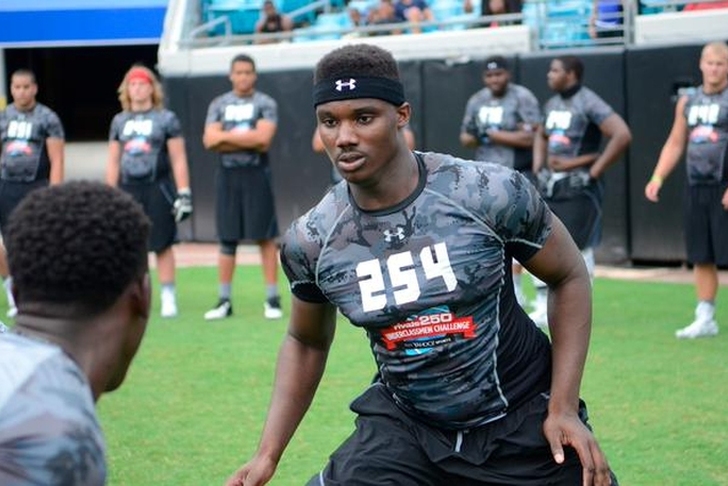 The Oklahoma Sooners already boast one of the top recruiting classes in the country, but they're far from done, making a strong push during the last few weeks of recruiting as we heads towards National Signing Day on Wednesday, Feb. 3. Here's all the latest news and rumors you need to know:

“I have a lot of interest in Oklahoma as they are one of my top choices," Williams said. “I have enjoyed talking with Coach Bedenbaugh and Coach [Lincoln] Riley over the last couple of weeks. I really enjoyed the home visits and I had a very nice time with them. I really appreciate Coach Bill spending so much time with me, hitting me up every day on Twitter and communicating with me every day. I am really considering Oklahoma among my top five choices."

Weather could play a factor in where Williams will visit. He has been stuck in Houston due to the snowstorm on the east coast, and with more to come, it will be hard for him to get to Georgia - and very easy for him to get to Oklahoma.

Williams is ranked as the No. 15 offensive tackle and No. 165 overall prospect in the country.

Oklahoma pushing hard for four-star DT Stephon Taylor
Stephon Taylor, a four-star defensive tackle from New Orleans, recently decommitted from LSU, and the Sooners are throwing everything they have to try to land him. Head coach Bob Stoops, defensive coordinator Mike Stoops, and defensive line coach Diron Reynolds met Taylor for an in-home visit, and Taylor says they definitely made a good impression.

“I have a great interest in Oklahoma,” Taylor said. “I like what Coach Reynolds is doing in coaching the D-line and I feel he would make me a better player if I came to OU. I am still very open when it comes to Oklahoma. I told them I wanted to stay in contact with them and they are staying in contact with me. I had a great visit there and i still have a great feeling about that visit. I got a good idea what it would be like on Saturday at Oklahoma and it is a real nice game atmosphere. I am not sure what I am going to do yet and I am keeping an open mind.”

Taylor is also considering LSU, South Carolina, Auburn, Florida State, and Texas, and will announce his decision on National Signing Day. He is ranked as the No. 29 defensive tackle and No. 293 overall prospect in the country.

Four-star RB Josh Jacobs excited by Oklahoma offer, expected to commit to Sooners on Signing Day
Jacobs (Tulsa, OK) has largely flown under the radar throughout the recruiting process, but surged up the rankings in his senior year, earning a four-star rating from several recruiting services. Oklahoma took note and offered him a scholarship, and Jacbos is expected to commit to the Sooners on signing day.

"It's crazy," Jacobs said. "It feels like a dream. I never was too worried about it, though. I just felt like if I had a chance to play D-I football, I [would] prove everyone wrong. It's all a blessing."

Jacobs is ranked as the No. 6 all-purpose back and No. 257 overall prospect in the country.