Oklahoma Football Rumors Roundup: Latest After The Loss To The Longhorns 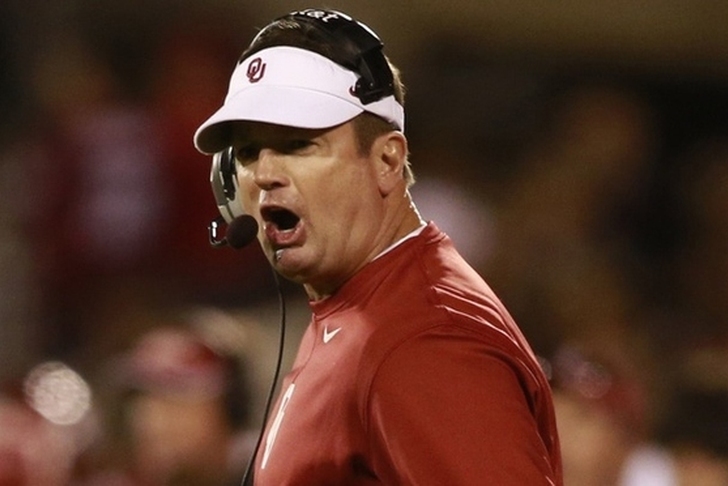 The Oklahoma Sooners fell hard in Saturday's Red River Shootout against the once-lowly Texas Longhorns, suffering a demoralizing 24-17 defeat. What's the fallout from the loss? What else is going on around Norman right now? Here's our Oklahoma Sooners Football Rumors Roundup For October 11th.

The Fallout In Norman

Oklahoma dropped nine spots from #10 to #19 in the AP Poll after Saturday's dismal day at the Cotton Bowl. The general consensus from members of the national media the morning after was that the beleaguered Charlie Strong outfoxed Bob Stoops during what will be a memorable Red River Shootout for years to come.

2016 Gardena (CA) Junipero Serra safety/wide receiver Brandon Burton made his first official visit of his recruiting process earlier in the month. He is slated to take official visits to Alabama and Ohio State in November.

While some believe that he'll stay on the West Coast at a school like USC or UCLA, those around Burton get the sense that he's willing to travel wherever for school as long as it provides a good overall experience for him. The four-star recruit is currently listed as the 6th-ranked safety in the Class of 2016 by 247Sports. OU will continue to track Burton through the winter and push to get his signature on the dotted line.

Three-star 2016 Suwanee (GA) Peachtree Ridge cornerback Baylen Buchanan is widely considered to be a 50/50 decision split between Oklahoma and Georgia right now, but it appears he may be leaning towards Norman at this time.

"OU is the only school that Buchanan has an official visit set with at this time, but he has been unofficially to Wisconsin, Louisville and he has been unofficially to Georgia twice," 247Sports' James Hale offered on Thursday. "At one time he was committed to Louisville, but I don’t get the impression that the Cardinals are in it with Buchanan anymore. OU is the leader here and has a great shot."