Oklahoma Football Recruiting Rumors: Everything You Need To Know Heading Into The Summer 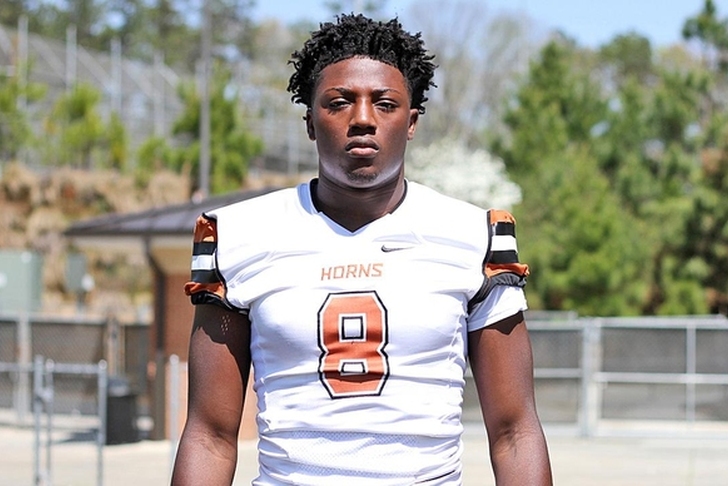 The Oklahoma Sooners were quick to turn their attention to the 2017 recruiting class after signing day, and they've been burning up the recruiting trail since. Here's everything you need to know surrounding Oklahoma's recruiting efforts as we head into the summer:

Top LB target to make visit "soon"
Four-star linebacker Tyler Taylor (Buford, GA) is one of Oklahoma's top overall targets in the 2017 class, and Taylor plans to make his first visit to the school after his school year ends.

“I get out of school on the 25th and we are leaving that day from Atlanta and will fly to Oklahoma for a visit,” Taylor said, via 247sports. “My mom and I are coming out and outside of spring practice that is the only thing that I am really looking forward to. Spring practice started this week and will go for a couple of weeks, and then I will visit OU so it is a big month for me.

“I like Oklahoma a lot. The fact that they have came all the way down from Norman twice to come see me shows me that they really want me. It is pretty cool that they have come to see me, and the fact they have offered me makes me realize that I am high on their list. Oklahoma is one of the top programs in the country and they are up there with Alabama and schools like that. I think about them a lot, but I am surprised that Oklahoma is interested in me.”

Georgia and Oklahoma are the two favorites to land Taylor, who is ranked as the No. 10 inside linebacker and No. 305 overall prospect in the country.

Another LB target high on Sooners
Oklahoma has made linebackers a top priority in the 2017 class, and they could get a commitment soon from three-star Kenneth Murray (Missouri City, TX) soon. Oklahoma recently offered him a scholarship, and the Sooners immediate jumped to the top of his list.

“I thought that was great,” Murray said. “I have been high on Oklahoma for a while and it is really exciting to get an offer from them. It was real exciting when they offered. Coach (Tim) Kish came to my practice and watched the entire practice. He was actually at one of our practices before that, too, but we had a big flood going on at that time and he could not stay long.

Murray is ranked as the No. 56 outside linebacker and No. 884 overall prospect in the country.

Oklahoma "sticks out" to OL target
Four-star offensive tackle Colten Blanton (Cypress, TX) recently revealed his top three schools, and the Sooners made the list for him.

“I don’t know if I’d say I have a leader or not,” Blanton said. “There are definitely offers that stick out to me. Alabama is one of them, Ole Miss and OU."

However, Blanton doesn't know when he'll make a commitment.

“I’ll wrap it up when the time feels right. I’m going to graduate early, I already know that.”