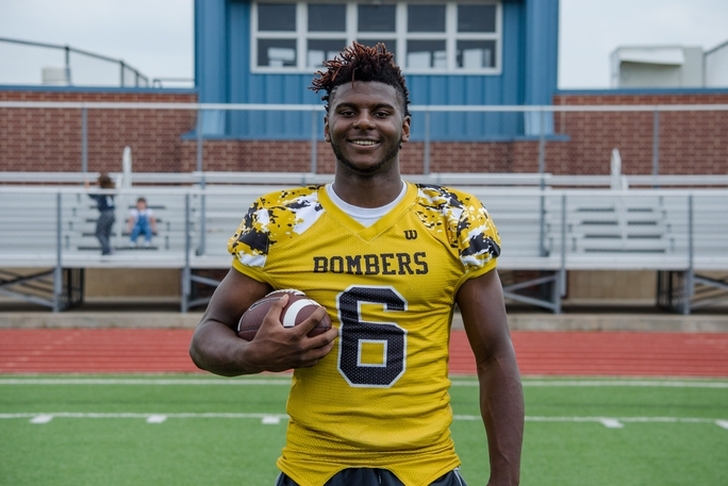 The Oklahoma Sooners have no actual football to worry about until the fall, so head coach Bob Stoops and his coaching staff is focused on recruiting. Oklahoma is off to a solid start, ranking 23rd in the nation with seven commitments - but the Sooners aren't done yet and they'll continue to bring top talent to Norman. Here are all the latest on Oklahoma Football Recruiting you need to know.

Jalen Redmond a "must-get" recruit for Oklahoma?
The Sooners have a had a few big-time recruits decommit this spring and have seen a few other top targets commit elsewhere, meaning Oklahoma needs to ramp up their recruiting efforts over the next few months. Because of that, Bob Przybylo of Scout.com writes that five-star defensive end Jalen Redmond is their most important recruit.

Redmond isn’t exactly a position of need in terms of an outside linebacker coming off the edge and also playing in space. The Sooners have some quality players in that spot, but it’s in other areas where this feels like a need and not a want.

For one thing, state perception. Since OU earned the commitments of Tulsa Union’s Patrick Fields and Jordan Kelley back in March, OU has gone 0-for in the state with offered kids.

Sooners Illustrated sat here for months saying OU was going to sweep the board of its desired OKPreps kids and then Proctor, Bray and Tatum wiped that all away.

The only one lingering is Redmond, and if OU can land Redmond, it would then have four of the top 10 in the state. Forty percent isn’t dominating the dojo, but it’s not missing on them, either.

Mike Stoops and Calvin Thibodeaux have put in some serious work for Redmond. Now, yep, it’s about the art of the deal. Lock this one down and reassert to everybody else that the in-state recruiting runs through Norman.​

The 6-foot-4, 233-pounder is ranked as the No. 17 weak-side defensive end and No. 355 overall prospect in the country, according to 247sports' Composite Rankings.

Biggest unresolved need in 2018 cycle
It's still early in the 2018 recruiting cycle, but Brady Vardeman of the Dallas Morning News writes that linebacker needs to be Oklahoma's top priority for this class.

Oklahoma doesn't have a linebacker committed in the 2018 class, which could end up being a problem after a relatively shallow haul in 2017.

“I had a great time,” Crawford said, via 247sports. “I loved it -- it was a great experience and I loved it. They let me know how much they wanted me, and I have a great interest in them. I was the first visitor to see their new facilities and that means a lot to me. It is not totally done yet, but what I saw was pretty cool.

Crawford plays all over the field for his high school team, and while some schools are recruiting him as a cornerback, he wants to play receiver - and that's what the Sooners want him to be.

“I want to play offense and OU is recruiting me to play receiver. Coach Riley has told me that once I get established at receiver at OU, that if I want to play corner too, or if they need me to also play corner, that he wouldn’t care if I went both ways. That was pretty cool to because I just want to play and whatever they want me to do I'll do. If they felt it was quicker for me to get on the field by playing defense then I would play defense, but they are talking to me about playing receiver, and I feel that's my best position.”

Follow our Oklahoma Sooners team page for all the latest on Oklahoma football recruiting or download the Chat Sports App!