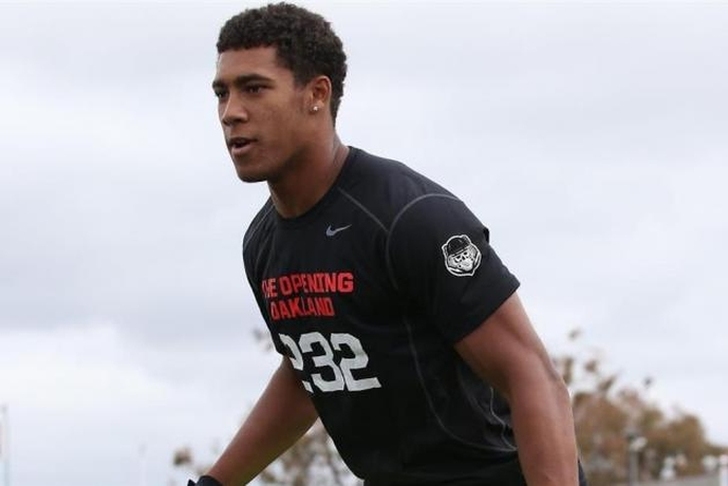 We're just one day away from National Signing Day on February 3rd, which means head coach Bob Stoops and the Oklahoma Sooners are focusing their efforts in hopes of delivering a great 2016 recruiting class. With that in mind, here are the latest news and rumors you need to know for Oklahoma Football Recruiting:

Caleb Kelly Update
Kelly is the most important target on OU's board as a five-star LB and the No. 25 overall prospect in the country. Notre Dame gave their pitch to Kelly last week and the Sooners got their chance to visit with him this weekend. OU is still the favorite to land Kelly, which would be a huge get for the team. He will announced his decision at 5:30 pm ET on Wednesday. Read more on Oklahoma recruiting in the Chat Sports iPhone and Android apps.

He is ranked as the No. 16 outside linebacker and No. 221 overall prospect in the country.

Sooners have not offered Riley Cole
There have been several reports that Oklahoma offered a scholarship to three-star linebacker Riley Cole (Aneonta, AL), but according to 247sports, those reports are false. The Sooners do have a lot of interest in Cole, but don't have any room for him on their roster if both Kelly and Mark Jackson commit on Signing Day:

Via James Hale of 247sports:

"So they basically told Cole they liked him but they would have to wait and see what was going to happen over the next couple of days before they could really offer him and that is where the conversation is. So as far as Cole is concerned he is in the same spot with OU that he is with Alabama in that neither school knows or feels they an take him in this class. OU did not offer him a grayshirt like Alabama did, but OU did say they would keep the communication lines open to see if they could offer him on signing day. OU is not expecting to send Cole scholarship papers on signing day unless things fall apart on signing day and it would be a big surprise if Cole was even still available at that point."

Cole has scholarship offers from South Alabama and Wake Forest.