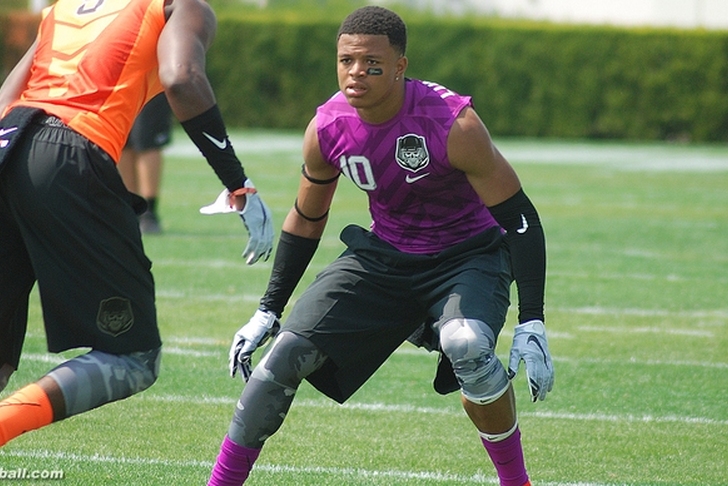 The Oklahoma Sooners are on their way to putting together one of the top recruiting classes in the Big 12. While the class might not have quantity (yet), there is plenty of quality. Here are the 5 Best 2016 Recruits Currently Committed To Oklahoma, headlined by four-star cornerback Jordan Parker:

5) Ryan Parker, WR
Parker is the first of five four-star recruits on this list. He's actually a JUCO recruit and is the ninth best JUCO player in the nation. He's the second best WR. He was originally headed to TCU, before heading to Tyler Junior College. He's been committed to the Sooners since April.

4) Chris Daniels, DT
Daniels is the 184th overall player in the 2016 class and a top 20 DT. The Sooners went into Texas to nab him, beating out the Longhorns in the process. Daniels is still taking visits, but has been committed since Dec. 18th.

3) Austin Kendall, QB
Kendall isn't the top player on this list, but he might be the most important. He plays QB and Baker Mayfield proved that a talented QB can be the difference between winning 8 games and participating in the College Football Playoff. Kendall is the No. 174 overall player, and the No. 9 pro style QB in the class. Kendall has been committed to the Sooners since early April.

2) Bryce Youngquist, OLB
Youngquist has been committed to the Sooners since July, but the Oregon Ducks are trying to steal the California product. He's the No. 172 player in the class of 2017 and the No. 12 OLB. If he stays with Oklahoma, he could cause chaos in Big 12 backfields.

1) Jordan Parker, CB
The top player in the 2016 class for the Sooners is Parker. He's the No. 157 overall player and the nation's 15th best cornerback. He's been committed to the Sooners since early October. He could be the next stud cover corner for the Sooners.