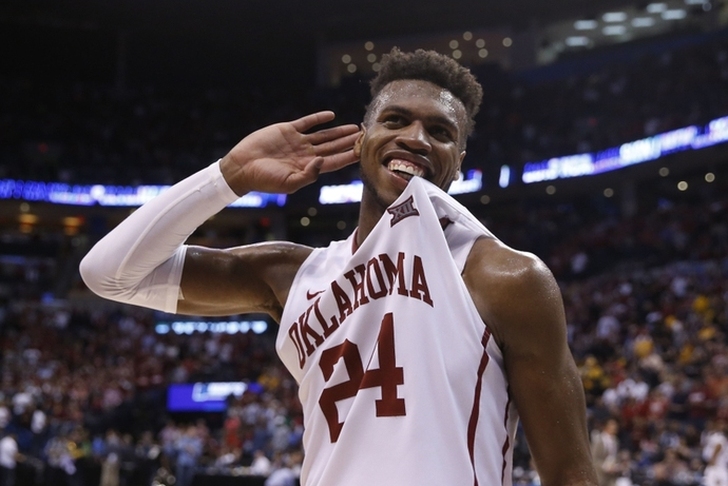 Buddy Hield took the college basketball world by storm during his senior season with the Oklahoma Sooners, leading them to the Final Four. He showcased his unreal shooting ability, averaging 25 points per game while making 50 percent of his shots - including 46 percent from three-point range.

As a result, he's the rare prospect who spent four years in college, but is still a lock to be a top 10 pick. Where will he end up? Here are the three teams most likely to draft him:

3) Minnesota Timberwolves
The Timberwolves are perhaps the most exciting young team in the NBA with the last two No. 1 picks and Rookie of the Year winners (Andrew Wiggins, Karl-Anthony Towns) on their roster. However, they have a big need for outside shooting - something Hield would provide in bunches.

What may keep the T-Wolves from drafting Hield is that they want to play two-time slam dunk champ Zach LaVine at shooting guard instead of point guard. Even if they do go for a shooter with the No. 5 pick, 19-year-old Kentucky sharpshooter Jamal Murray is higher on their board.

2) New Orleans Pelicans
The Pelicans have a lot of uncertainty at the two, and Hield is the type of player that could come in and immediately fill their need for more shooting. Only Tim Frazier and James Ennis - two late-season pickups - shot 40 percent or better from three-point range. That's bad for any team, but for one hoping to play the up-tempo style New Orleans wants to, it's a major, major problem.

Hield would easily fill that void, but like Minnesota, Murray is higher on their board (and should be available). That being said, if Murray is gone, they will not hesitate to pick Hield.

1) Denver Nuggets
Gary Harris had a decent sophomore season for the Nuggets, but he projects to be more of a key bench player for a good team. Hield has much better upside, and for a team in a full rebuild, Hield makes a lot of sense for the short and long-term.

Pairing him with Emmanuel Mudiay in the backcourt works from a defensive standpoint -- Mudiay is a big PG at 6'5'', while Hield is slightly undersized at 6'4". Plus, Mudiay is a terrible perimeter shooter, and Hield would take a lot of that pressure off of him - making him a perfect fit for the Nuggets with the No. 7 pick.