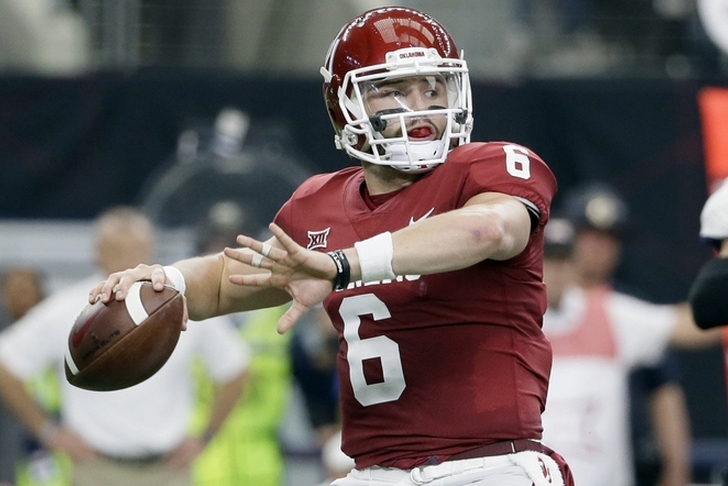 Mayfield received 2,398 points in the voting, which amounts to 86 percent of the vote - the third-most of any Heisman winner.

He becomes the sixth Oklahoma player to win the award, moving to school into a tie for third place with USC for the most Heisman winners. He's also the first player who started his career as a walk-on to win the award.

Penn State running back Saquon Barkley finished with the most votes among non-finalists.

Mayfield has been the heavy favorite (1:20 odds) to win the award for the past month. He led the nation in quarterback rating (203.8) and completion percentage (71.0) this season while finishing second in passing yards (4,340) and touchdown passes (41).

Led by Mayfield, Oklahoma led the country in total offense (583 yards per game) and ranked fourth in points per game (44.9) while winning the Big 12 for the third consecutive time. They finished the regular season ranked No. 2 in the country.

Mayfield was the only candidate who led his team to the College Football Playoff. The Sooners will take on No. 3 Georgia in the Rose Bowl at 5:00 pm ET on New Year's Day with the winning advancing to the National Championship Game in Atlanta on Jan. 8.

Follow our Oklahoma Sooners team page for all the latest Oklahoma football news!