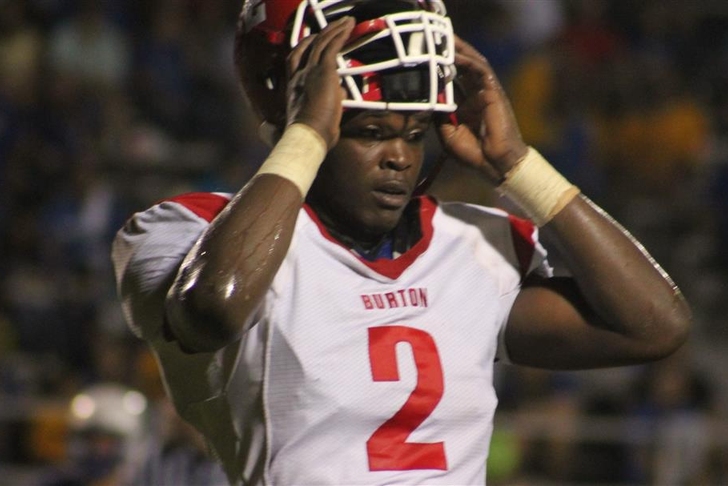 The Oklahoma Sooners still have a few weeks left before National Signing Day to put the finishing touches on their 2015 recruiting class, and they'll be making a late push for a player who was headed to Texas until Saturday.

Louis Brown is a 4-Star ATH who played WR and outside linebacker in high school. He was set to play defensive end at Texas, but that changed Saturday when he de-committed from the Longhorns.

At 6'5 but only weighing in at 215 pounds, Brown has plenty of developing to do...and it sounds like something he saw or heard during his official visit to Texas made him realize it wasn't where he wanted to be. Brown hails from Burton, TX, and 247 Sports rates him as the #17 player from his state in the Class of 2015.

Per Scout.com Oklahoma analyst Bob Przybylo, the Sooners will make a concerted effort to go after Brown this week. He already has a visit set up at Oklahoma State, and while it's late in the game, it sounds like Brown is now willing to consider schools that weren't on his radar initially. He originally committed to Baylor back in March, but de-committed in June and chose the Longhorns in July. For Brown and the schools currently chasing him, they'll have to hope the third time is the charm.