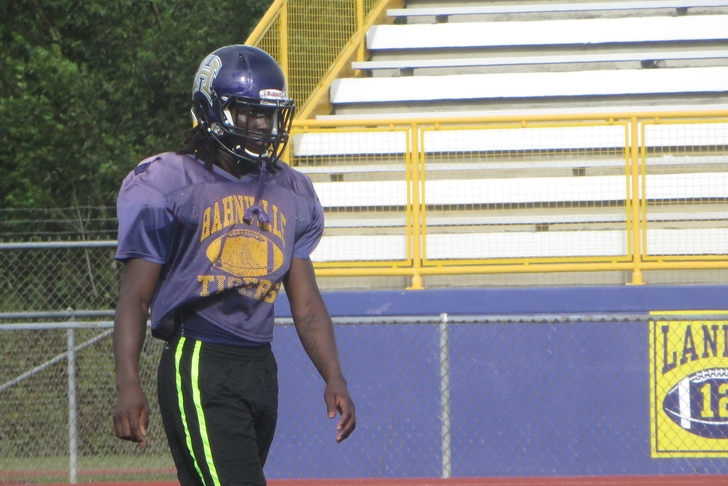 He was given major pause after the Oklahoma Sooners extended an offer on Wednesday night, but he made it clear on his personal Twitter that he's not willing to switch allegiances:

I Appreciate the offer from #OU But offering me after I committed is too late I'm shutting my recruiting down! Im a #Aggie For Life! #Gigem

The six-foot-two, 200-pounder considered a visit to Norman, but nixed those plans along with shuttling a previously-scheduled visit to Texas Tech. Many thought the Sooners would have a legitimate chance of flipping Thomas seeing that they've been recruiting him for the longest period of time amongst the contenders, but that was not to be.

Thomas is slated to signing with the Aggies on National Signing Day (February 4th) and get to work under new defensive coordinator John Chavis in the summer.