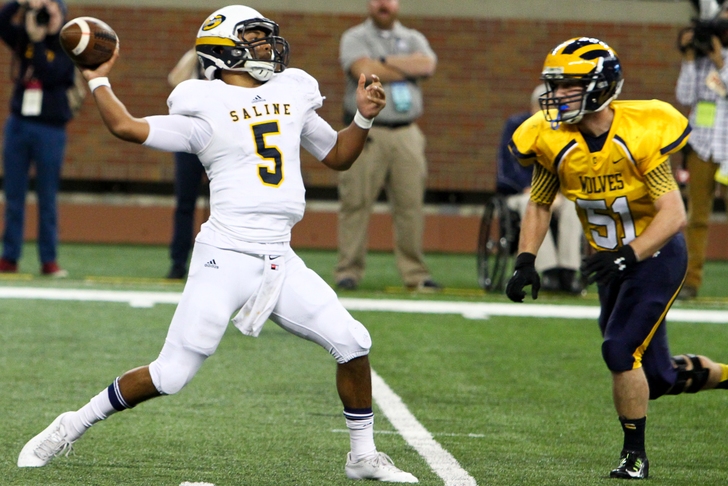 The Oklahoma Sooners have their sights set on one the Midwest's top quarterbacks in the prep Class of 2016, with 3-star Saline (Mich.) High signal caller Joshua Jackson set to visit Norman for two days later this week.

Here's Saline coach Kevin Perry with the announcement (via Twitter):

Current ranked by 247Sports Composite as the country's #18-ranked dual-threat quarterback, the 6-foot-2, 200-pound Jackson is one of the most coveted high three-star QB recruits in the entire nation.

Jackson already holds offers from the likes of Boston College, Northwestern, Syracuse, Utah and West Virginia. He has not been extended an offer by the Oklahoma coaching staff just yet, but could very well be in line for one this week during his two-day sojourn to campus.